Can a Small Town Go Viral?

Check out this performance with an explainer video from Locable about Placerville! Super excited to be working with Placerville Downtown Assocation and Locable. 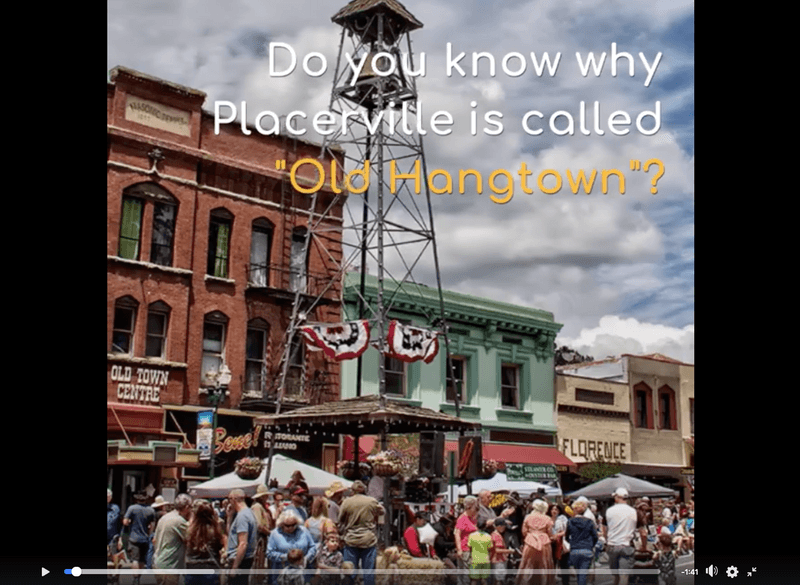 Placerville, CA is one of the first community’s to embrace Locable’s Community-Wide Initiative and Local Connections technology.

There is a lot of misinformation about the nature of the moniker and so we decided to create a brief explainer video as part of the work with do with them to promote the Downtown Association.

The video was posted to the Placerville Downtown Association Facebook page at 9:14AM on March 7th and immediately began gaining speed (the page had just over 5400 ‘likes’ at the time).

One of the nice things about a post like this is that it gets shared – a lot!

In this case, it was shared by individuals, businesses and into specific groups – such as “You Know You Grew Up in Placerville If” – we shared it to the group as did others… no need to wait to get things started 😉

While many of those shares result in people ‘liking’ the share, only the ‘likes’ or reactions on the post itself can be invited to become fans/followers of the page. Even still, you can see from the graph above that inviting people who liked this post to like the page resulted in a significant uptick of page fans. 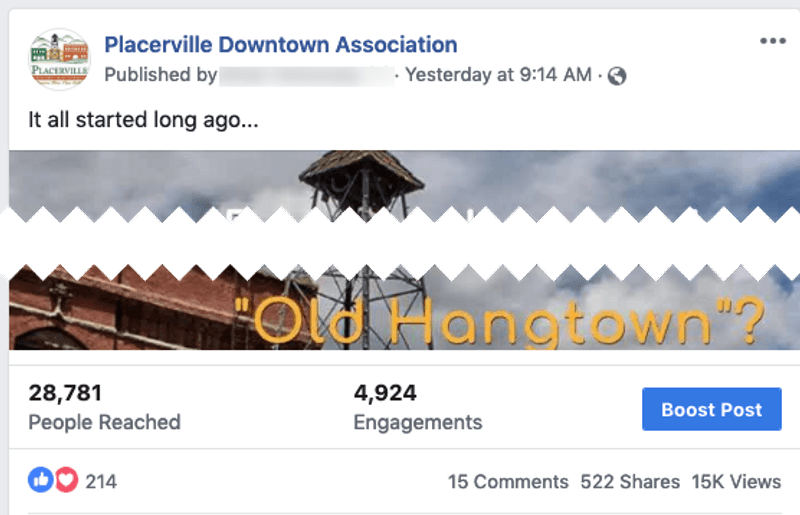 As you can see above, within a day the video had reached nearly 30,000 people and had nearly 5,000 engagements on 15k views. 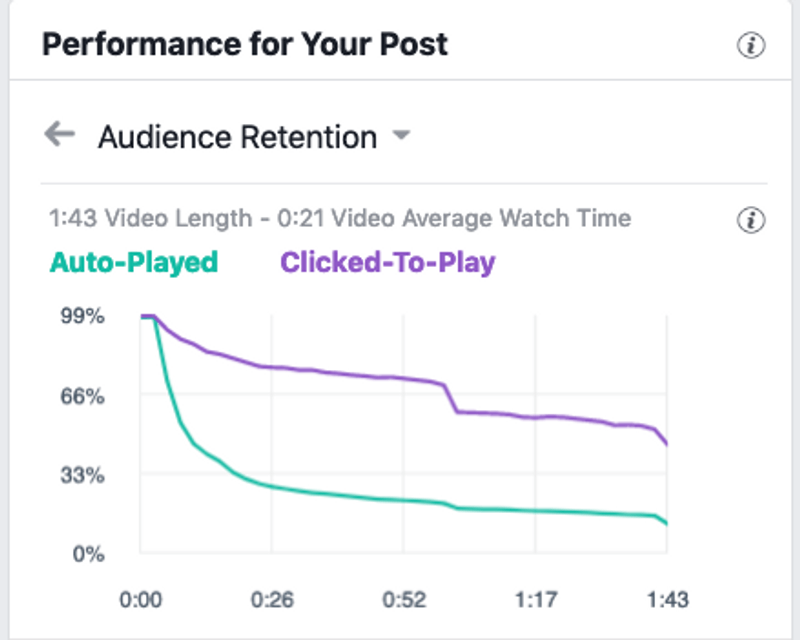 An interesting thing to note, is the difference in engagement between those who saw it via auto-play and those who clicked to play.

No surprise, those who clicked were far more engaged throughout – given the defaults, the vast majority of people fall into the auto-play bucket. Nevertheless, the video garnered significant engagement of all types and had solid viewing which explains why it reached so many people. 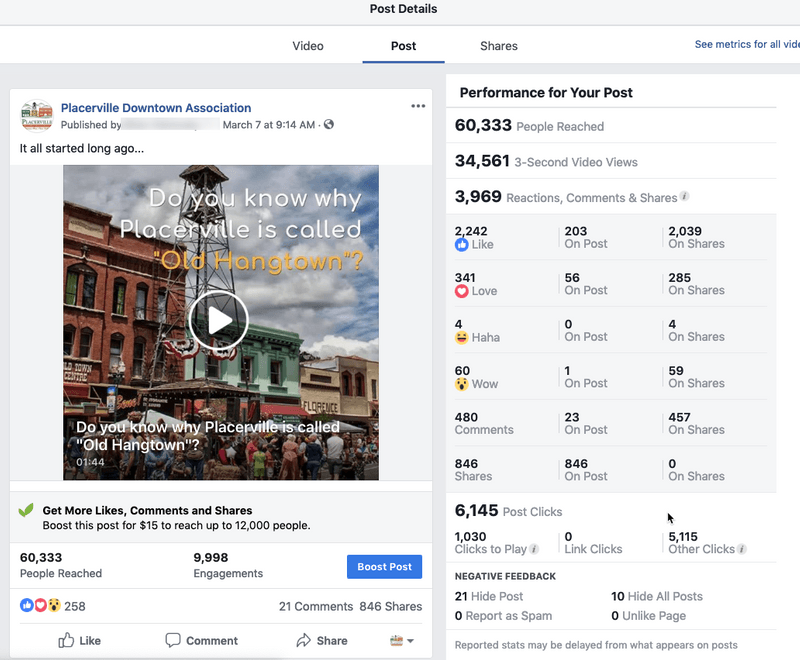 As we write this less than 2-weeks after initially posting the video, the statistics are quite fascinating.

61% of Viewers were Women, 70% of viewers we in California

History, local insights and knowledge, and the unique if not mundane things that make “here” special are truly engaging when delivered in an effective medium.

What can you share about your community to remind people of where they came from or why they’re “here”?

Locable is proud to support communities nationwide by partnering with Main Streets, Downtowns, Chambers, and Towns – not to mention local businesses and nonprofits.

If you’d like a hand growing your reach and impact or automating cross-promotion and collaboration, we’d love to hear from you.